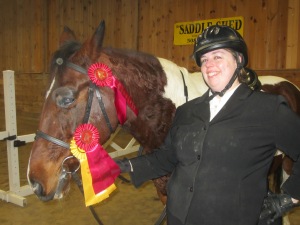 Most everyone in the world is talking about (or has already talked about) their New Year’s Resolutions/Goals, etc.  Not to hop on the bandwagon, but it’s a fun and inspiring topic… so I’m playing with it, too.

And we’re just a week into the new year!

When I was going through my deadlines and goals, I went back through my prior years’ blog posts so I could get an idea of what I’d accomplished and what I could accomplish.  I’d forgotten that I never actually got around to publishing my goals on my blog last year… so I had to go back to my January 2011 posts to get an idea of what I’d been doing.

With the path my life has taken since 2011, most of those benchmarks and steps simply are… no longer useful.

When I sat down to make my plan for this year, I needed a whole new template!

And that’s ok.  I’m very happy with where my life is going.

Let’s have my accomplishments for 2012 explain why:

I’ve been blessed in the past decade or so to have jobs and bosses who I have loved. And every move I’ve made has been an improvement… yet I can’t imagine a more healthy and supportive job than working at SHP.

At Spencer Hill Press, I’ve had the pleasure of working on many awesome books – which I will detail as they start coming out. 🙂

“Fixed” came out in Corrupts Absolutely? from Damnation Books

THE KELPIE – my first novel! – comes out this December from Spencer Hill Press

“Finding Fire” comes out in May in the Holiday Magick anthology, Spencer Hill Press

“Steadfast in the Face of Zombies” to Once Upon an Apocalypse Volume 1 – more on that when I get the info. 🙂

After three years of gain or plateau – that’s still an accomplishment.

Rode in my First Competitive Horse Show – and GOT RIBBONS!

Mind you, it’s been well over a decade since I practiced any sport competitively.  This was HUGE. 🙂

… And there were a lot more life changes.

I traveled to four different countries I’d never been before. And, between those travels, I was without my husband who I’ve not lived without for over a decade.  In fact, I only lived on my own for three months out of college before we got married… so it was definitely… an experience.  I also got really into my job at Annie’s Book Stop of Worcester, helping with event coordination.

I left my last W2 job in May… because things with fiction and freelancing were picking up as well as they were.

And I still held my position as president for Broad Universe – though, honestly, between my Veep, Kimberly Long-Ewing and the rest of the Motherboard, it was a massive team effort for which I’m deeply grateful.

From there, I move forward. With a lot of hope and energy for this year. 🙂

Oh?  What are my actual goals for this year? 😉 Well… that’s another blog post. 😉